Saving Power To Save Money 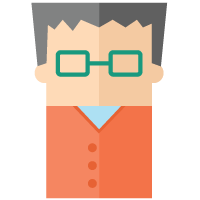 How much do you spend every month on power? Although many people underestimate their personal consumption, using more power than you need can cause serious problems, including hampering your ability to live the life you want to live. I started thinking about different ways to save money to improve my own personal experience a few years ago, and it made an incredible difference on my outlook. Before I knew it, I was living a healthier life, enjoying more time away from work, and focusing on creating a renewable lifestyle at home. Check out this blog for more information that could help you.

Propane serves as an affordable and easily accessi …

Having a water well on your property can be a wond …

Considering Going Solar For Your Home But Not Sure? Information To Help You Decide
16 August 2017

If you are considering going solar for your home b …

All industries have some measure of hazardous wast …

Most businesses don't want their energy and performance uptime to dip below 100%, but few have the means to reach that 99.999% uptime goal. Internet outages, power failures, water system maintenance and other incidents can lead to unplanned business downtime that may not be covered by insurance or other compensation plans. If your business is vital during emergency situations, or if you'd like to reap the benefits of being an open service while others close down during disasters, here are a few emergency power plans to implement:

How Does Backup Power Work?

Installing backup power systems is a highly-technical task beyond just adding a battery or generator to the middle of the power system, but it's a fairly standardized industry with many professionals to hire. It's not an especially expensive task, but it's not something that a business should do on its own with a basic electrician team unless they have prior construction experience.

When power is lost, there are two major methods of switching to backup power. The first is manual switching, which requires flipping a switch or activating a console to turn power on. Systems will be off completely until activation, but manual systems are usually the most inexpensive options.

Automated systems have sensors to detect power loss from a specific circuit, and will turn on their own circuit after failure. There are multiple configurations for these systems, such as time delays to avoid false starts, or encouraging early detection to make slow-activating systems start sooner.

One popular backup power system is the diesel generator system. These generator use liquid fuel in the form of diesel, which involves compression instead of ignition. The fuel lasts longer through this process, and diesel runs a lot more cleanly (in regards to air pollutants) than in past decades.

Diesel can be delivered in barrels for storage, and sealed with a cap that allows hose connections. These barrels can be attached to backup diesel generators when needed, and it's a good idea to have some sort of rolling dolly system to get the barrels in place.

Solar power is another option. Known officially as photovoltaics, solar panel systems can charge battery cells, which in turn can power your business systems. Current commercial and consumer-level solar panels can't directly power most business devices without a battery storage in the middle.

The downside is that light is needed to convert power. The industry is becoming more advanced and moonlight power harnessing is becoming a relevant technique, but cloud cover is still a problem.

It's possible and helpful to use both diesel and solar cell storage for backup business power. Contact a diesel depot to discuss delivery options, and to talk about their favorite generators for emergency performance.